YouTube Stars Say They Were Removed From Delta Flight for Speaking Arabic http://nyti.ms/2iaKRNM As…

YouTube Stars Say They Were Removed From Delta Flight for Speaking Arabic http://nyti.ms/2iaKRNM

As they suggest in the article, they should have at a minimum removed the lady and her companion from the plane, otherwise both the YouTube guys and their assailants.

Based on what's happening on planes, the next time I read a hard core economics article (with lots of equations that look like Arabic – although in fact most of the symbols are Greek… ) and speak to my kids in German (with guttural sounds much like Arabic), I'll be booted off the plane… ﻿ 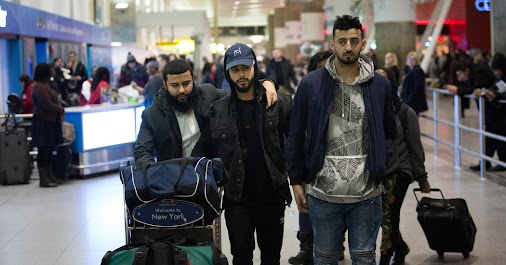 Delta stood by its actions, saying the two customers, Adam Saleh and Slim Albaher, had “sought to disrupt the cabin with provocative behavior, including shouting.”

This was posted on Google+

This site uses Akismet to reduce spam. Learn how your comment data is processed.